The media is dangerous. It has this innate power to persuade and perpetuate certain mentalities. It thrives off of one sensational word, or line, and it strings together elaborate prose that attracts the attention of readers around the globe. This proves to be an issue when looking at the coverage of the current European Union migrant crisis. There is this profound ignorance abundant that fails to recognize the heterogeneous composition of this mass influx of migrants. Yes, there are refugees. Yes, there are immigrants. And yes, there are outliers. This is not a blame game where the media is at fault, it is the reader as well. Recently, social media users have assisted in the dissemination of unviable information. My Facebook feed in particular is plagued by uninformed bigots and self-proclaimed constitutional scholars, especially in response to the recent violence in Paris. In their desperate attempts at sounding intellectual, people are formulating posts riddled with incorrectly used political jargon, and contributing to the dehumanization of a population. As a result, these migrants, as a whole, are being treated as scapegoats in response to a separate issue.

Before I continue with my reflection, I should start with my background so that my opinion on the migrant crisis may hold some sort of merit. I was born on March 10, 1994 in Knin, Croatia during a time where nationalist tensions were rampant and an inevitable conflict was boiling. Until I was 16 months old, I lived in an area that was the self-proclaimed Republic of Serbian Kraiina. Although this republic was never formally recognized, certain individuals took their patriotic notions to an extreme and built up divisions that slandered all other ethnicities present in the country. Guerrilla and formal violent groups formed and wreaked havoc on villages, towns and cities. It was a particularly difficult time for my immediate family, as well as my extended because my heritage is both Croatian and Serbian. In August 1995, the tiny village where I lived was invaded by military forces. My family and I fled with a few necessities and settled in a Red Cross refugee camp. According to my mother, I survived for ten days on only mashed peas and water. After our stay in the camp, we boarded an overcrowded bus that was headed towards Belgrade, Serbia. My family and I lived in Belgrade until I was four years old. 1998 was a significant year because there were rumblings of more violence in Former Yugoslav regions. My parents foresaw potential devastation and sought to move to safer grounds. At this time, the only immigration approval we received was from Canada, which is how I ended up living here. In 1999, NATO forces launched a series of bombings in their participation in the Kosovo War.

I went to both Serbia and Croatia by myself this summer for the first time. In Croatia I visited Knin and, perhaps it was because I went by myself, I noticed things that I never saw before. Previous times I had been there, I did not recognize how the city, or legally now a “historical town” was a shadow of its former self. The only things it has to offer are consulate services and administrative dealings. I also visited my old house in my tiny village. The entire structure, which my father had built with his own hands, is in complete ruin. When you enter, there are char marks from the fires of grenades, there are broken dishes strewn about, and mangled furniture is everywhere.

It is a hard pill to swallow.

I think that this summer was also significant for me partly because of my experience at the airport in Split. I have both EU/Croatian and Canadian citizenship, as well as both passports. This means I have no problems with automatic visa clearance. This time, there were migrants coming in from many different areas seeking entry into the country. While I waited in line I overheard a young couple with two small children pleading for entrance into Croatia. I couldn’t help but see myself in their shoes. I was given the opportunity to enter two different countries and actively contribute to society while bettering myself—I was given a chance, so why shouldn’t this people?

Yes, I recognize that there are external factors that make my utopian thinking somewhat impossible. Yes, I realize that there is global economic instability. Yes, I know that the EU is not equipped policy wise to take on everyone. Yes, I understand that there are security issues present. Yes, I know that this migrant crisis is, well a crisis. Yet, at the same time, citizen ignorance is systematically categorizing these individuals as threats to the well-being of member states, and the world. But, take two steps back from reading extreme right wing propaganda, and sharing media that is bias and recognize that there are many different people in this issue. There are legitimate refugees that, under humanitarian rights, must be accepted into a safe haven. These are individuals escaping the very monster that the media is branding them as. They are fleeing by any means possible, by sea, air or land, in the hopes of escaping the clutches of violence and instability. These people are hopeful for an opportunity to thrive, to be successful, and to be treated as a human being. In addition to this mix, there are immigrants. Immigration is a long and tiring process filled with bureaucracy and waiting. I cannot comment on the motivation for immigration, but I can say that I am an immigrant that escaped a country where devastation was looming. Then there are the outliers. The security threats. The fanatics. The extremists. This category, however, should not be holistically applied, but it is. Since the violence in Paris, my social media feeds are riddled with media sources, some legitimate, and some downright offensive. Article after article is being shared branding all migrants as threats to security that should be barred from entrance. The media plants this seed of propaganda, and the people motivate it to grow.

The point of my reflection is not to blame anyone, and it is certainly not an attempt to put forth mitigation techniques to remedy this problem. In no way am I a seasoned academic, or political prodigy, more than anything, this is a plea. Before ‘liking’, ‘sharing’, or posting another new link, question the source, question its motivations, and question its purpose. As individuals, were are not privy to the private lives of others. This may seem naive, but I firmly believe that the first step in finding a solution is a more informed audience. Then, looking through a clearer lens, more possibility for a viable response is present. A clear mindset would allow for reevaluation of border screening, integration policies such as the Schengen, and economic capabilities of states. So please, think critically while engaging with media—you never know what someone is going through until you step in their shoes.

Finally, I’d like to share a few images. This broken house still stands after the Fall of Krajina as a reminder of what I’ve run away from. The media does not have these pictures. 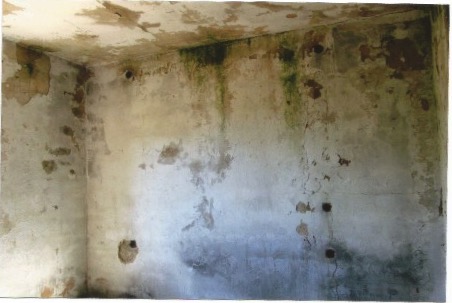 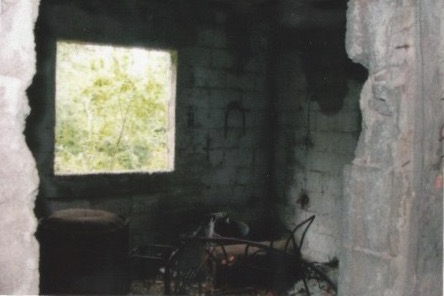 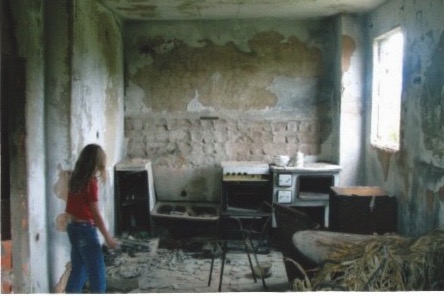 Jelena Macura is a 4th year student at the University of Alberta majoring in Political Science with a minor in Economics. She holds certificates in Globalization and Governance and European Studies. She is also Speaker of the Association (Lister Hall Students’ Association) and Chair of the Governance and Transition Committee of the University of Alberta Students’ Union.